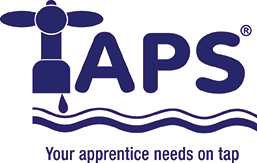 Congratulations were the order of the night at the annual TAPS Awards for Excellence and Graduation Ceremony at Adelaide Oval this evening.

Congratulations one and all and best of luck in your future endeavours.

This year our school has been asked to implement the Nationally Consistent Collection of Data on School Students with Disability (NCCD).

From 2015, all government and non-government schools in Australia will be required to participate annually in the Nationally Consistent Collection of Data on School Students with Disability. Over 2013 and 2014 selected schools will participate in data collection under a phased approach before full national implementation in 2015.

The Data Collection will provide all Australian schools, education authorities and the community with nationally consistent information about the number of school students with disability and the level of adjustment being made to enable the students to access and participate on the same basis as their peers.

Students’ personal details will be de-identified in the data collection and aggregated information will be provided to Catholic Education SA who will further de-identify and aggregate the data before providing the data to the Department of Education. Data collected from schools in 2014 will not be made publicly available.

Parents/carers can decide whether they want their child’s information to be included in the Data Collection. Please notify the College, if this is your decision. There are no consequences for not participating in the Nationally Consistent Collection of Data.

Please contact Mr Mark Prokopec at the College if you have any questions.

Class of 2013 graduate, Sarah Voigt, has been named Group Training Australia’s South Australian School-based Apprentice of the Year for 2014. The award was presented by the Governor of South Australia, Rear Admiral Kevin Scarce, during a ceremony at Government House on Wednesday 9 July.

Sarah is a second year apprentice chef at Jacob’s Restaurant (Jacob’s Creek Visitor Centre), employed by Hospitality Group Training. Graduating in 2013, Sarah undertook the first year of her apprenticeship as part of her Year 12 program at St Patrick’s.

As for the Group Training Award, this is the second successive year that a St Patrick’s graduate has taken out the honour. In 2013, Liam Howden, a mechanical engineering apprentice with BAE Systems, employed by Ai Group Training Services was the recipient.

Sarah now goes on to represent South Australia at the national Group Training Awards being held in Hobart this November.