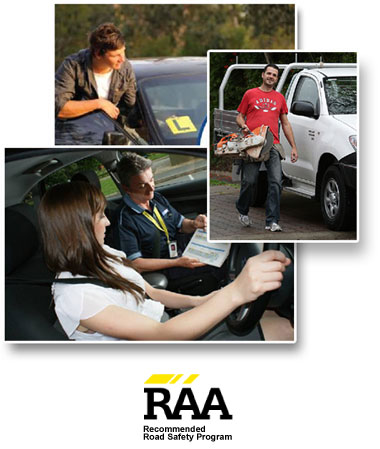 RAA Driver Education believes that learning to drive belongs within the education system. At St Patrick’s Technical College, we know that the ability to drive is crucial when it comes to young people securing apprenticeships.

That is why we are partners in offering a comprehensive driver education program that combines practical driver training with road safety awareness and defensive driving knowledge to stay safer on the roads.

All course participants must hold a current class ‘CAR’ Learner’s Permit and have the ability to practice driving with a Qualified Supervising Driver (parent or caregiver) for 2 hours between professional driving lessons. 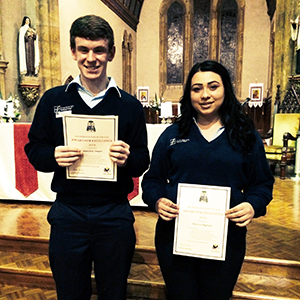 Mathew and Mel were among 56 students, two from each Catholic secondary school in Adelaide, nominated for the annual Archbishop’s Awards of Excellence for Senior Students.

Both Archbishop Wilson and Director of Catholic Education SA, Dr Paul Sharkey, spoke of the importance of recognising young Catholics in this way during the Mass and presentation.

The criteria for nomination are:

During the celebratory supper following Mass, Archbishop Wilson made special comment of the particular interest he takes in St Patrick’s Technical College and the pride he feels in the school’s achievements in assisting young people to transition from school to work.

St Patrick’s Technical College congratulates both Matthew and Melissa on their awards. 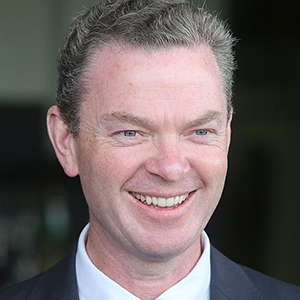 Thank you for your email of 27 August 2014 informing me that Mr Luke Forrest has become the 600th apprentice at St Patrick’s Technical College.

I would like to congratulate St Patrick’s Technical College on this incredible achievement, which is a testament to the high status of vocational education and training at your College. School-based apprenticeships provide an important pathway for students to make an effective transition from school to work.

I commend you for the leadership you have shown in working with employers in Northern Adelaide to help meet their workforce development needs. The Government believes that a quality education system, which caters for all students, is critical to the enduring prosperity and economic growth of the nation.

Thank you for sharing this commitment and supporting your students to achieve their potential.