StPatsTech boys took on Playford International at My Money House Oval (Central Districts Football Club) in Elizabeth. StPatsTech started the first quarter strongly with the ball being delivered well into the forward line. By the quarter time bell, StPatsTech was four goals up with a strong start to the second quarter. 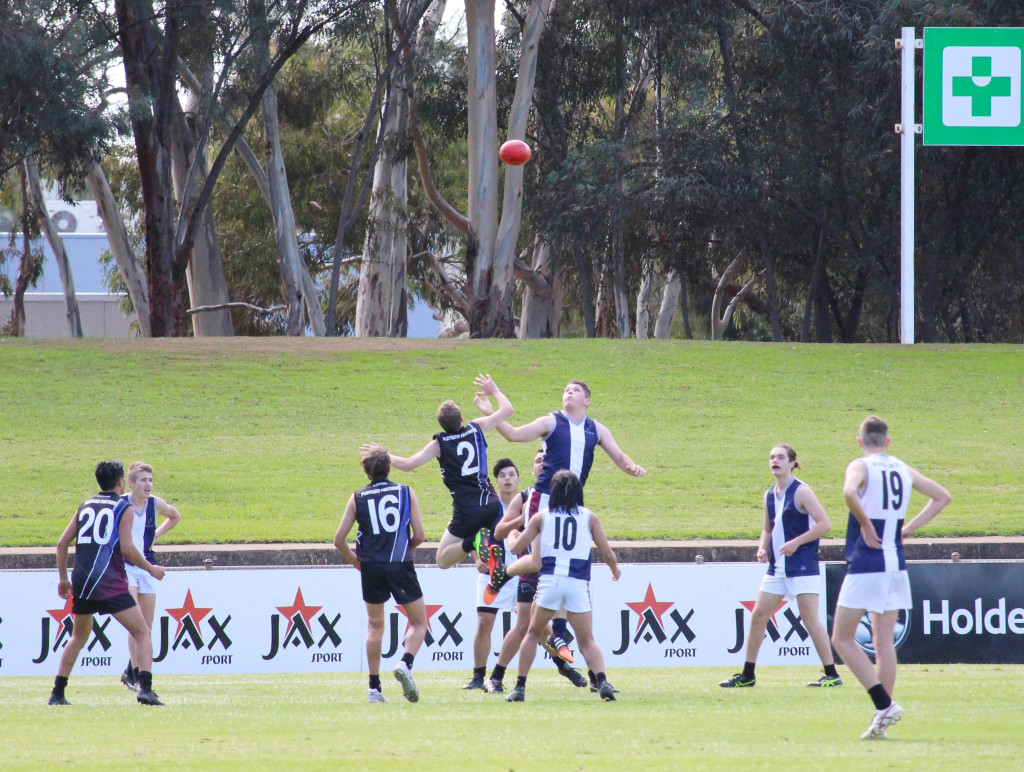 Playford International were not to be forgotten coming back in the second half and getting within two goals during the second quarter.

Coach Sheridan inspired the team with a pep talk ahead of the third quarter and the Fighting Irish were able to pull clear ahead to take the win.

Notable mentions for the game include Jayden Lu who performed brilliantly every time the ball was near. Nathan Hearing did well moving from full-forward, where he was having an influence, to ruck, where he was dominant. Tyler Carroll showed that he has some class and was able to deliver to the forward line well. Bisset, Richard, Mailes, Buccini all had an influence with AFL debutant Conor Grey dominant around goals. 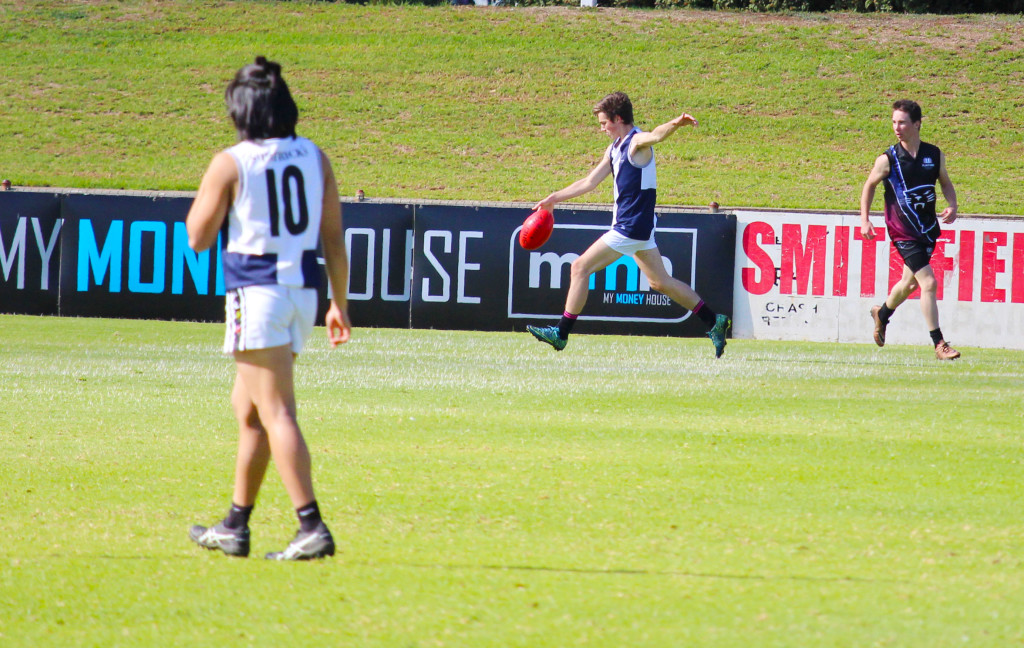 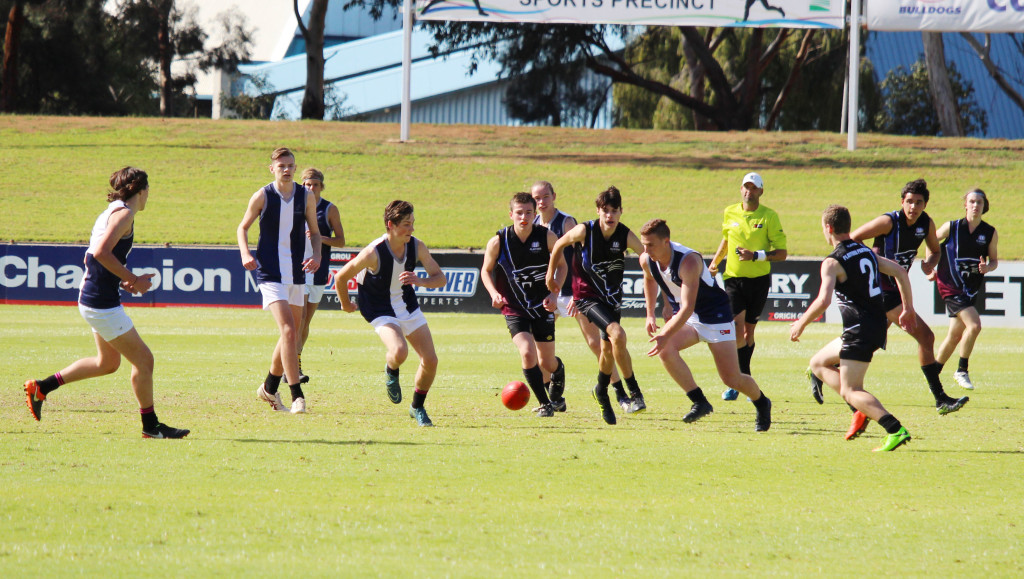 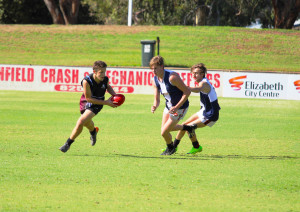 There were a couple of injuries suffered from StPatsTech but hope recovery will be swift.

Coach Sheridan thanked Assistant Coach, College Chaplain, Michael McFarlane for his “brilliant” help and ability to master the timing app on his Iphone. Thank you to the family members, teaching staff and students who attended the game to support the side. 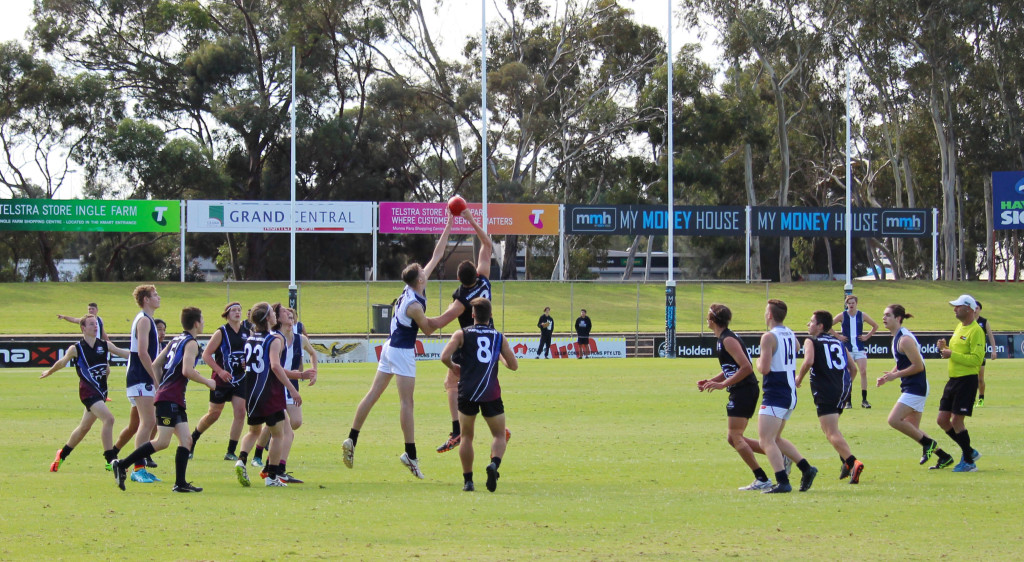 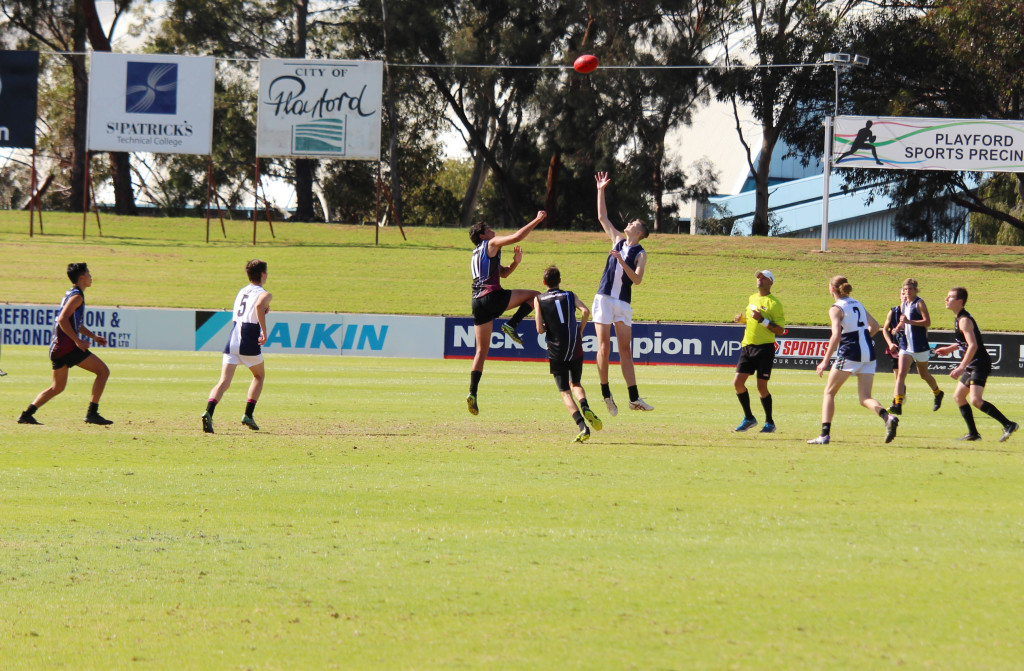 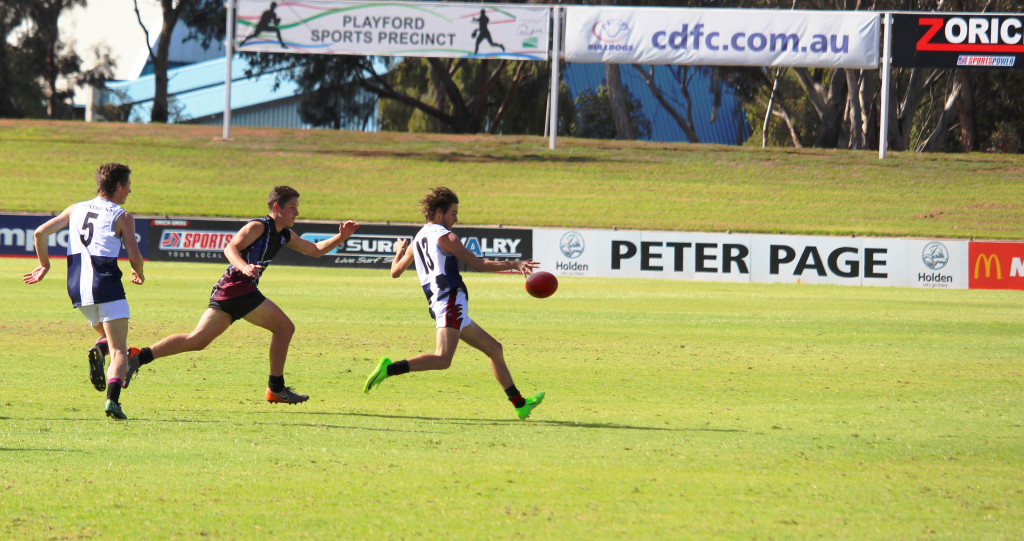 Year 11 Engineering student Tayla Carll took Work Experience to the skies in Term One. Check our Tayla’s story and more in our latest newsletter: Blueprint May 2018


We do not measure our success by ATAR scores. Our measure of success is apprenticeship/traineeship numbers.

Apprenticeships and traineeships not only give you new skills and qualifications, but can lead to unexpected and exciting career pathways in the future.

As of May 2018, nearly 850 St Patrick’s Technical College students have commenced an apprenticeship or traineeship across a diverse range of trades. Through our eight courses on offer, students have gone onto careers as:

Click on our Enrolment section for more information or book a tour via this link today!

Kurtis Joyce has been studying his SACE and Certificate II in Commercial Cooking with the College since 2017 and was today signed by FINO Seppeltsfield to a School-based apprenticeship. He follows in the footsteps of Class of 2017’s Madison ter Bogt and Class of 2013’s Sarah Voigt at the prestigious Barossa Valley venue. Ms ter Bogt was named as a Finalist in the 2017 South Australia Training Awards for her work at FINO.

St Patrick’s Technical College Principal Danny Deptula said the College has seen nearly 25 students commence their apprenticeship since January this year. In the decade since the College opened its doors 848 students have commenced apprenticeships or traineeships, with 94 per cent going on to complete their training.

“As Northern Adelaide’s leading trade and technical senior secondary educator, St Patrick’s Technical College has been at the coalface of youth employment since 2007,” Mr Deptula said.

“Kurtis joins hundreds of St Patrick’s Technical College Old Scholars to begin their career with a local business and we know through our own research that 98 per cent of those past students remain employed,” Mr Deptula said.

“Even better, 87 per cent of past students remain in the great North of Adelaide and nearly 60 per cent are employed in the area.”

Mr Deptula said the emerging Defence industries centred around RAAF Base Edinburgh and maritime manufacturing as well as recent announcements of business investment in the north, opportunities for the area’s young people were plentiful.

Kurtis’s school work and timetable will be adjusted to enable him to spend as much time learning from the chefs at FINO Seppeltsfield as possible. As a School-based Apprentice, Kurtis will complete his SACE and graduate Year 12 – an important step if he wishes to go onto further education later in life.

St Patrick’s Technical College is partnering with St Vincent de Paul Society to provide safe, secure spaces for some of the state’s most vulnerable children.

Students from the College will design and build a play area and dog accommodation for the Vinnie’s Women’s Crisis Centre in Adelaide.

The 21 room crisis centre provides all meals and serviced rooms as well as kitchen, laundry and computer facilities for women in crisis. The facility is a child-friendly, pet-friendly service and provides women in crisis access to practical services to rebuild their lives.

The College will provide the design (in consultation with Vinnies), materials and labour. Other Catholic schools will help with fundraising for the project.

“I don’t know how we would do this play area without St Patrick’s Technical College being involved,’’ Ms Short said.

“It’s also really important for us as an organisation to have the opportunity to talk with students about domestic violence and have that conversation around it with young people.’’

The first project will be building the dog accommodation and play space before the playground project scheduled by 2019.

Ms Short said the centre currently homes about 30 children at a time with hundreds expected through the doors in the coming years.

“It’s very important to have a play area within the centre because women are frightened to access the public playgrounds. This playground will let the children play and the mums can relax. I know the play area will be fantastic and it will be very meaningful to our guests,’’ Ms Short said.

The Year 12 Building and Construction class will undertake the project. Year 12 and Religious Education Coordinator John Neate said the College was proud to be involved with the program which not only benefitted the families at the centre, but would help build students’ trade skills.