St Patrick’s Technical College in Adelaide’s north is delighted to be chosen as one of just 39 destinations from around the world to host the $200,000 Lexus Melbourne Cup Tour in 2019.

South Australia’s only stand-alone Year 11 and 12 vocational education and training (VET) college, St Patrick’s Technical College is committed to having a positive impact of the social, economic and environmental well-being of young people and the wider community in the Northern Adelaide region.

St Patrick’s Technical College Principal Danny Deptula said the College tendered to host the Melbourne Cup to create great enthusiasm and hope in the area. The College’s event will be on September 25, bringing together industry and the community. 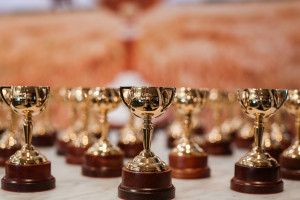 “The College actually has a link with the Melbourne Cup, our founding staff member Terry Neville’s uncle is Ray Neville, who rode Rimfire to victory in the 1948 Melbourne Cup,’’ Mr Deptula said.

“Further to that, our College is a strong advocate for VET pathways and the racing industry is a prime example of how careers through VET can bring great satisfaction and success.

“We are absolutely delighted to be chosen for this great honour of hosting the cup.’’

The Lexus Melbourne Cup Tour was launched by the Victoria Racing Club (VRC) this week and will see the cup visit six countries including Australia, New Zealand, Japan, Singapore, China and the United Kingdom.

“Since the Tour began in 2003, we have delighted in bringing communities together in the shared history and magic of the Melbourne Cup,’’ Mrs Elliott said.

“This year is especially significant, with 2019 marking the 100th anniversary of the three-handled Melbourne Cup trophy design.’’