Establishing an entirely new school usually takes up to four years, but when St Patrick’s Technical College began it took a small team under two years to open the doors for students.

One of the original instigators of St Patrick’s Technical College, then known as the Australian Technical College (ATC) – Northern Adelaide, was Jim Montgomery, 72, who recently retired as the school’s Industry Relations Manager, a role he has inhabited for the entire life of the College. Mr Montgomery is responsible for ensuring the College has a strong relationship with local industry and is meeting the skills needs of those industries.

He leaves the role in the capable hands of Toni Hartley who has worked closely with the College through the Skilling Australia Foundation’s P-TECH program.

Affiliated with the now defunct Northern Adelaide Development Board (NADB), Mr Montgomery was asked to help build the case for a technical college in Adelaide’s north by NADB manager Max Davids. Mr Davids, who was the driving force behind the establishment of StPatsTech, would go on to be a member of the College’s inaugural board.

In 2005, partnering with Catholic Education South Australia (CESA), Mr Montgomery helped write the submission to the Federal Government for the College. He was responsible for writing the industry side of the proposal by addressing industry needs and wants and building relationships with local employers and businesses.

“When it established the Australian Technical Colleges, the Federal Government laid down some guidelines. One of those was the requirement for the schools to be industry-driven. I had already done many years in industry relations with the NADB, so that is why Max asked me to help with the submission for Northern Adelaide,’’ Mr Montgomery said.

The submission by the consortium led by Mr Davids and CESA was successfully selected to establish a northern Adelaide ATC, one of three set up in South Australia. But this is when the real work began and Mr Montgomery was asked to stay on the team to help develop a business plan.

“Max was really the driving force behind the establishment of the college during this time and he was determined to see it through,’’ Mr Montgomery said.

“At this time I was working as a consultant and really focussed on developing the industry links right up until the College opened.’’

By September 2006, the newly-formed board were able to appoint staff to the College and the first students began in 2007.

“Initially once the College started with students, I dropped out for a little while,’’ Mr Montgomery said.

“When Rob (Thomas, former principal) and staff came on board they wanted someone to help the business manager to put together some policies for the College and they hired me to do that.

“I was hired to write the policies and procedures around the whole College, that was one of the government requirements. I continued in this role until 2007 when Rob asked me to stay on as a permanent employee and I took over the workplaces health and safety role.’’

By September 2007, Mr Montgomery said the College realised sustained links with industry would play an important role in the life of the College and appointed him as Industry Relations Manager.

“It was at this time we realised we wanted to focus on school-based apprentices in Year 12 as opposed to Year 11, like some other schools were doing. There was a number of factors which contributed to this decision such as the maturity of the students, the requirements of industry for things like a driver’s licence, and the opportunity for the student to complete their SACE.

“We decided to concentrate on developing a program targeted at Year 12 students more and emphasise our focus on completing the compulsory SACE elements in Year 11.

“We recognised that if you wanted industry on board with what we were doing, we had to listen to them, talk to them and give them as much of what they wanted and needed in terms of skill development and flexibility in work/school attendance.’’

Jim said this approach has been a key to the success seen by StPatsTech, which signed its 800th apprentice in 2017.

“The feedback we get is our students are good young people, employers like that they are old enough for their driver’s licence, they are able to work full-time hours due to completing most of their SACE in Year 11 and they are more mature.

“A lot of our students do secure an apprenticeship once they leave school and I see part of my job is to try to facilitate this and see them finish their SACE.’’

During his time with StPatsTech, Mr Montgomery said he had seen a massive amount of growth, including when the Federal Government’s ATC program was abandoned and the college was moved under the banner of CESA in 2010.

As for what kept him in the role so long, Mr Montgomery said it was the immense satisfaction of seeing young people start a meaningful career.

“I enjoy seeing students sign up to an apprenticeship, knowing it is a four year commitment from an employer to starting a young person’s career – the stepping stone to a successful life.’’

Mr Montgomery, whose parents migrated from Ireland, grew up in Salisbury and now lives in Golden Grove. He began his career doing a radio apprenticeship and worked his way up to become chief draftsman at the Defence Science Technology Office, Aeronautical Research Laboratory, in Edinburgh before joining the NADB. 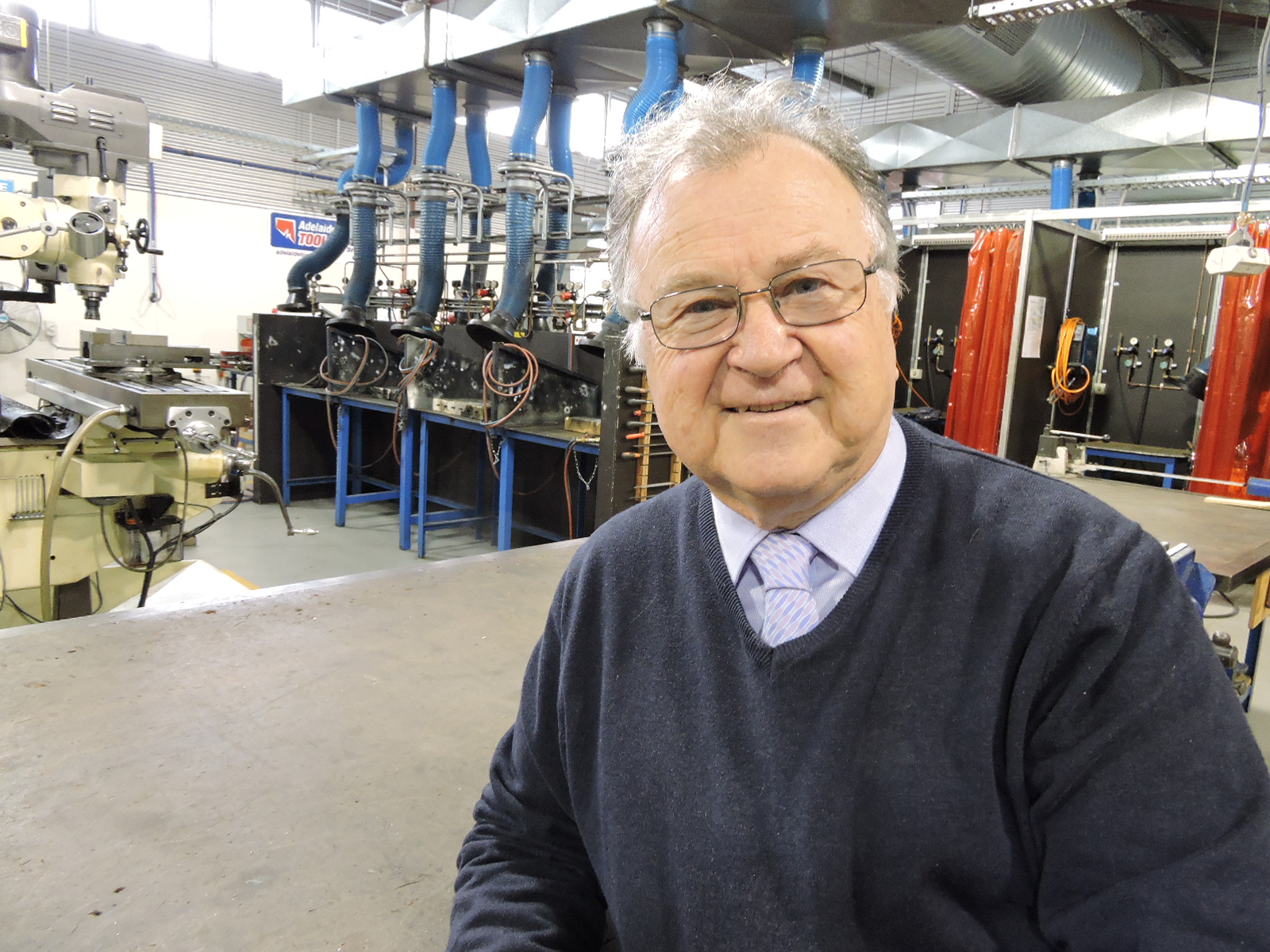 Jim at the College in his final year with the school. 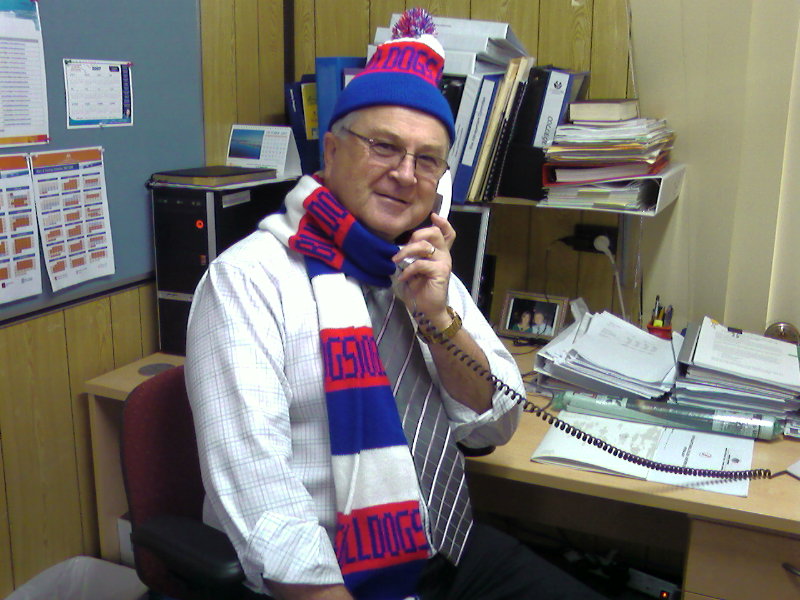 Jim in his office in his Doggies scarf and beanie.